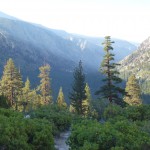 This is a big day. You move from 8,000ft to 11,500ft in around 10.5 miles as you climb out of the Kern River Valley to the base of the west side of Mt. Whitney. Given the lack of cover when ascending Mt Whitney, you’ll want to leave as early as possible the next morning to avoid being caught in the afternoon thunder storms. While we were there, we saw people leaving as early as 3am, we held off until 8am. Ultimately that proved to be a mistake as we only had about 15 minutes on the summit and got caught in a thunder storm down at Trail Crest. You’ll want to be sure and fill your water bottles as water might get a little scarce before approaching the top. Otherwise, its an awesome walk as you slow ascend out of the Kern. 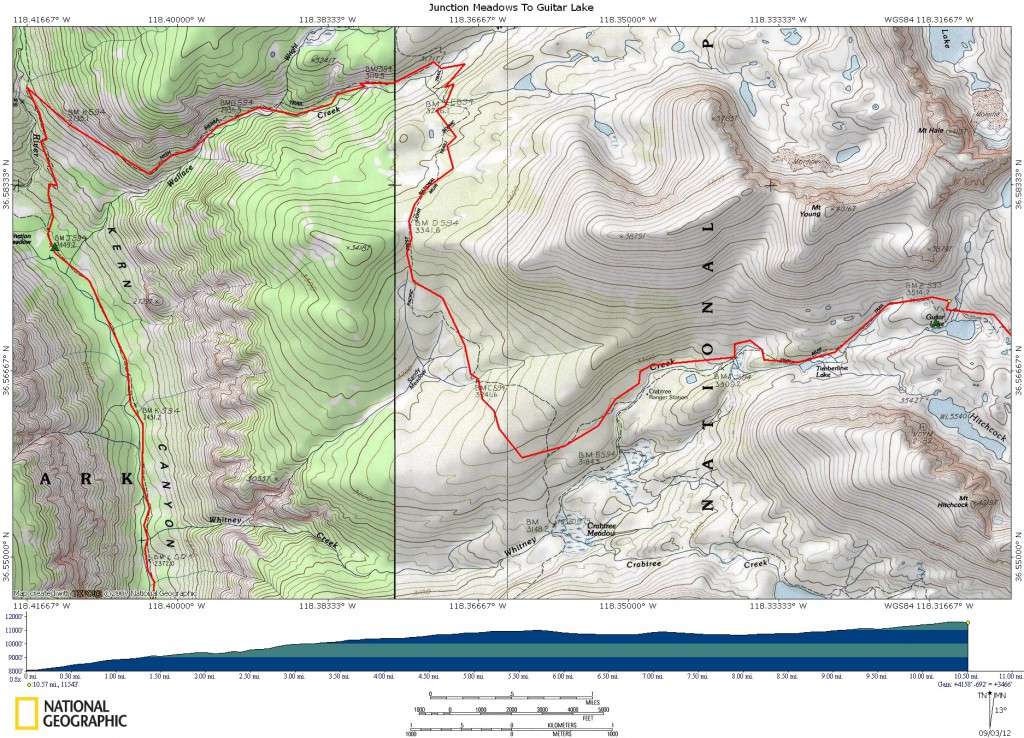 This entry was posted in Backpacking. Bookmark the permalink.